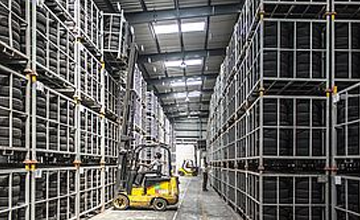 The Key to RFID and Barcoding

According to the Smithsonian, the first barcode was written in sand in Miami by inventor Joe Woodland – decades before technology could bring his vision to life. In 1974, the first item marked with the Universal Product Code (UPC) was scanned at the checkout of a supermarket in the small town of Troy in Miami County, Ohio. However, the barcode was not an immediate success. It was when the mass merchandisers adopted the barcode that it took off. Today, the barcode is everywhere – and it is hard to imagine the retail industry, for instance, without it. “The barcode is widely used and well established”, says Viv Bradshaw, Technology Consultant at DENSO. Nonetheless, the barcode comes with flaws, too. It needs to be seen to be read, and usually only one barcode can be read at once. “Barcodes are prone to physical damage, which is a disadvantage in areas such as retail and logistics, for example”, says Bradshaw. “Other flaws are the limited storage for 1D barcodes, and the fact that they can be easily reproduced or copied, which is not secure,” he continues. He wants to highlight more advantages of the barcode though. “Barcodes are cheap and easy to produce, and the reading equipment for the barcodes can be inexpensive as well.” Barcodes have been around so much that people understand how to use them. They can even have human readable information, which is useful, if the barcode cannot be read automatically. In addition, the barcode has been further developed – and the QR Code was invented by DENSO.

The key(s) to more security and efficiency

“The QR Code is a 2D barcode and can blur the lines a little with RFID in some situations,” explains Bradshaw. “Our SQRC®, the Secure QR Code, can encrypt sections of the data on the code, making the barcode secure. This version of the QR Code is typically used for ticketing, healthcare, and product authentication,” he goes on. Whilst standard handheld terminals and hand scanners can read the public data on the SQRC®, only DENSO devices for mobile data capture can read the private encrypted data section with the specific data key. However, the cloud-based Q-Revo system can facilitate this decrypting for other mobile data collection devices including mobile phones. This also provides protection against copying of the Secure QR Code.

While the QR Code can blur the lines between barcoding and RFID, the latter technology offers numerous advantages. Where time and costs are crucial, RFID can quickly read many tags at once, while the tags can be hidden and generally still be read. Thus, time and cost savings are achieved.

However, there are reading limitations: Some software does not support RFID. Also, tags are expensive compared to barcodes. Some reading equipment, such as handheld terminals and hand scanners, can be expensive, too. “Of course, every technology has its flaws. With RFID, the advantages prevail though. RFID is available in many formats and can be made robust for different environments, which is ideal for warehouses, logistics, and retail,” says Bradshaw. Furthermore, for UHF RFID tags, the recently introduced Gen2 V2 standard gives additional features like reader and tag authentication or user bank portioning. This in turn allows the solution to be used against product counterfeiting and providing an EAS function (electronic article surveillance), for example.

To use or not to use – Differences in RFID and Barcoding

When comparing RFID to barcoding, one quickly comes to realize that they cannot be directly compared as neither technology is better or worse. “They are merely different and have their own benefits and drawbacks,” says Bradshaw. As such, one needs to exploit the benefits of both RFID and barcoding. “The skill is to know when to use each one”, he adds. Barcodes are generally well understood given the decades use and that there are many solutions to support barcodes, for example, software and integration companies. Barcoding is a mature technology and the risk of implementation is low. RFID, however, is perceived as being new, even though it is not. In addition, it is assumed to be difficult to use. In contrast, RFID gives some new and exciting possibilities. The issue is that to get the best out of RFID, it can challenge one’s current thinking and processes. It is crucial to look at both the benefits and limitations and marry those with the procedural processes, for example in retail and logistics. That way, it can be ensured that RFID actually delivers the desired benefits. “In logistics, for instance, it can take some lateral thinking on behalf of the logistics provider and the systems integrator to get this far, but it will be worth it”, says Bradshaw.

Where to use or not to use – Areas of Implementation

Barcodes are used almost everywhere today. It is difficult to think of an application or branch where they are not used. This is because they are inexpensive and well understood by people. Even a smartphone can read QR Codes for example. In addition, 2D barcodes such as the QR Code and SQRC® are gaining wider acceptance because of their benefits, namely an increased data capacity and the ability to tolerate damage to the code and still be read nonetheless. Furthermore, omni-directional reading is possible with 2D codes such as the QR Code. Especially in retail, 1D and 2D barcodes like the QR Code are essential and working with them has become standard.

RFID has been adopted in areas like logistics and retail, where its benefits help companies and employees achieve their goals. For instance, RFID can help speed up the inventory processes in retail. RFID also has its benefits for asset management like pallets, totes, containers or cars. In logistics, RFID can be implemented in various control processes like vehicle load checks, traceability, and authentication. Especially in large warehouses where it can be difficult to keep everything in order, RFID can be a particularly helpful asset. “Our clients from the logistics sector have tried and tested the handheld terminals and hand scanners from DENSO, and the feedback is extremely good. Our customers from both logistics and retail expect high quality – and that is what they get with our devices that come with RFID”, says Bradshaw.

On the one hand, RFID moves out of the early stages of the adoption curve, so sometimes the supporting software, hardware, and associated companies are the limiting factor. On the other hand, there are some companies who really understand RFID. In comparison to RFID, barcodes are established and well known. However, that complacency may miss opportunities for this technology. That is when 2D barcodes like the SQRC® come in and can give new opportunities in various areas due to their features. “To sum up, just like barcodes, the industry will catch up when it comes to RFID, so currently finding the right hardware and systems integration partner is key. Early adopters are seeing the benefits now. And last but not least, RFID product pricing has reduced quite a bit”, explains Bradshaw. 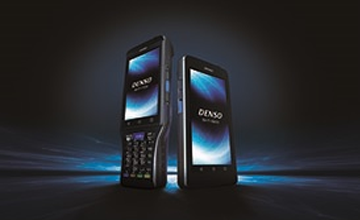 They are IP67-certified and offer both robustness and durability. In addition, the Android handheld terminals work in extreme temperatures between -20 and up to +50 degrees Celsius. The touchscreens of the new devices are easy to use with wet fingers, gloves or a pen. The users of the BHT-1700 and the BHT-1800 can also enjoy all the advantages of a smartphone such as making phone calls, going online, controlling apps, sending text messages, and taking pictures. And if something does not work smoothly, DENSO offers its customers a three year warranty. “We are very excited about the launch of our new Android handheld terminals, and we are confident that they will also delight our customers, some of whom we have been working with for more than 20 years,” Haupt sums up.

Find out more about our new products here.